Anything Knitted and Crocheted Headline Animator

A Day in the Life of a Renal Patient Headline Animator

Posted by Unknown at 7:44 AM No comments: 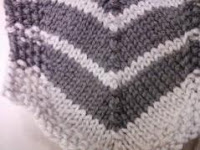 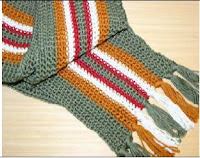 Posted by Unknown at 6:40 AM No comments:

A new scarf pattern for the Knit your Bit

Bundle up in this wool scarf with a twist. The wavy pattern is a great alternative to a normal cable or ribbed scarf.

Posted by Unknown at 2:32 PM No comments:

Ellen Degeneress-A Tragedy That Should Never Have Happened

A Tragedy That Should Never Have Happened


Today Ellen talked about 15-year-old Larry King who was murdered by a classmate for being gay. If you would like to volunteer your services to help gay and lesbian kids who are being harassed and bullied or if you are having difficulties because of your sexual orientation, here are some wonderful services that can help.

GLASS - Youth & Family Services
Gay and Lesbian Adolescent Social Services (GLASS) is a private, non-profit 501(c) (3) social service agency dedicated to providing a wide range of social and health care services to children and youth who are in foster care, on probation, or who are homeless. We provide these services in safe, loving, supportive, non-judgmental living environments, while providing full access to all of the educational and vocational opportunities to which these youth are entitled.

GLSEN - Gay, Lesbian and Straight Education Network
GLSEN, or the Gay, Lesbian and Straight Education Network, is the leading national education organization focused on ensuring safe schools for all students. Established nationally in 1995, GLSEN envisions a world in which every child learns to respect and accept all people, regardless of sexual orientation or gender identity/expression. More than 3,800 Gay-Straight Alliance student clubs nationwide have registered with GLSEN. GLSEN also sponsors the National Day of Silence on April 25, which this year will be held in honor of Lawrence King.

Remembering Lawrence
Vigils in memory of Lawrence King, calling for an end to violence and harassment directed at lesbian, gay, bisexual and transgender people in schools, are being organized in communities across the country. This website lists future and past vigils across the country and allows organizers to register vigils in their area. The more events we organize, the louder our collective voice. Please help make sure that what happened to Lawrence never happens again.
Posted by Unknown at 3:00 PM No comments:

Lion Brand Yarns was asking for stories about Prayer Shawls.

I decided to enter the information for the group as it would be great to get more exposure for the cause that Lawrence was involved in. Please read it here: http://tinyurl.com/2x856z.

Cora
Posted by Unknown at 1:55 PM No comments:

Posted by Unknown at 4:47 PM No comments:

I found the following:

On the Web: Crochet:

On Ravelry: Crochet:
I will come up with some that are knit.

In recent weeks, the victim, Lawrence King, 15, had said publicly that he was gay, classmates said, enduring harassment from a group of schoolmates, including the 14-year-old boy charged in his death.

OXNARD, Calif. — Hundreds of mourners gathered at a church here on Friday to remember an eighth-grade boy who was shot to death inside a junior high school computer lab by a fellow student in what prosecutors are calling a hate crime.

In recent weeks, the victim, Lawrence King, 15, had said publicly that he was gay, classmates said, enduring harassment from a group of schoolmates, including the 14-year-old boy charged in his death.

“God knit Larry together and made him wonderfully complex,” the Rev. Dan Birchfield of Westminster Presbyterian Church told the crowd as he stood in front of a large photograph of the victim. “Larry was a masterpiece.”

“We’ve never had school violence like this here before, never had a school shooting,” said David Keith, a spokesman for the Oxnard Police Department.

The gunman, identified by the police as Brandon McInerney, “is just as much a victim as Lawrence,” said Masen Davis, executive director of the Transgender Law Center. “He’s a victim of homophobia and hate.”

The law center is working with Equality California and the Gay-Straight Alliance Network to push for a legislative review of anti-bias policies and outreach efforts in California schools. According to the 2005 California Healthy Kids Survey, junior high school students in the state are 3 percent more likely to be harassed in school because of sexual orientation or gender identity than those in high school.

That finding is representative of schools across the country, said Stephen Russell, a University of Arizona professor who studies the issues facing lesbian, gay, transgender and bisexual youth.

“Unfortunately,” he added, “society has not matured at the same rate.”

Prosecutors charged Brandon as an adult with murder as a premeditated hate crime and gun possession. If convicted, he faces a sentence of 52 years to life in prison.

A senior deputy district attorney, Maeve Fox, would not say why the authorities added the hate crime to the murder charge.

In interviews, classmates of the two boys at E. O. Green Junior High School said Lawrence had started wearing mascara, lipstick and jewelry to school, prompting a group of male students to bully him.

“They teased him because he was different,” said Marissa Moreno, 13, also in the eighth grade. “But he wasn’t afraid to show himself.”

Lawrence wore his favorite high-heeled boots most days, riding the bus to school from Casa Pacifica, a center for abused and neglected children in the foster care system, where he began living last fall. Officials would not say anything about his family background other than that his parents, Greg and Dawn King, were living and that he had four siblings. Lawrence started attending E. O. Green last winter, said Steven Elson, the center’s chief executive. “He had made connections here,” Dr. Elson said. “It’s just a huge trauma here. It’s emotionally very charged.”

Since the shooting, hundreds of people have sent messages to a memorial Web site where photographs show Lawrence as a child with a gap in his front teeth, and older, holding a caterpillar in the palm of his hand.

“He had a character that was bubbly,” Marissa said. “We would just laugh together. He would smile, then I would smile and then we couldn’t stop.”

On the morning of Feb. 12, Lawrence was in the school’s computer lab with 24 other students, said Mr. Keith, the police spokesman. Brandon walked into the room with a gun and shot Lawrence in the head, the police said, then ran from the building. Police officers caught him a few blocks away.

Unconscious when he arrived at the hospital, Lawrence was declared brain dead the next day but kept on a ventilator to preserve his organs for donation, said the Ventura County medical examiner, Armando Chavez. He was taken off life support on Feb. 14.

Brandon is being held at a juvenile facility in Ventura on $770,000 bail, said his lawyer, Brian Vogel. He will enter a plea on March 21.

At a vigil for Lawrence last week in Ventura, 200 people carried glow sticks and candles in paper cups as they walked down a boardwalk at the beach and stood under the stars. Melissa Castillo, 13, recalled the last time she had seen Lawrence. “He was walking through the lunch room, wearing these awesome boots,” she said. “I ran over to him and said, ‘Your boots are so cute!’ He was like, ‘Yeah, I know.’ ”

She raised her chin and arched an eyebrow in imitation. “ ‘If you want cute boots,’ ” Lawrence had told her, “ ‘you have to buy the expensive kind.’ ” His boots had cost $30.

“So, for Lawrence,” Melissa said to five girls holding pink and green glow sticks, “we have to go get the expensive kind.”

The Knit Your Bit Site